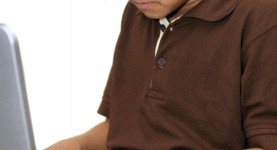 Internet Safety for Children Dear Parents/Guardians, A free information night for parents and teachers will be held on Wednesday, 16th November in the school 8pm. Presenter; John Collins A general outline of the course content: Bebo and Facebook  – what you need to know Dealing with Internet Safety Incidents Hoaxes and Scams online and on mobile phones Cyberbullying Simple Steps to Internet Safety at
Learn more »

On Friday November 11th, all of our hard work paid off when we raised our first Green Flag here on the grounds of St. Mary’s National School.  The weather was not very kind to us, so the whole school community gathered in the hall for the special occasion. A special mention was made to Ms Hogan and the Green School Committee.  They were praised
Learn more »

We had a fantastic halloween at St Mary’s this year. There were lots of Halloween parties and discos and the Junior Infants even had a pumpkin treasure hunt!!!! The costumes were great!!! Everyone looked very very spooky! Enjoy the break and HAPPY HOWL-A-WEEN everyone………………..

Congratulations to our U10 hurling team who had a great victory over Bennettsbridge in the final of the U10 blitz held in Thomastown on Sunday last, Sept 25th. Well done lads!

Congrats to the U10’s Girl’s Camogie team who won the 2011 tournament in Danesfort last Saturday, 24th September. They defeated Danesfort on the score of 3-2 to 1-1. Well done ladies!!!

In 1826 there were twenty-four schools in Thomastown parish with a total attendance of 1100 – 695 males and 405 females – of whom all but twenty-three were Roman Catholics. It appears that only two schools were attended exclusively by girls. One was referred to as ‘the Convent’. It was under ‘Miss Fitzgerald and others’ and was situated on the open ground adjoining the
Learn more » 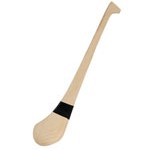 Congratulations to the Thomastown U9 Boy’s hurling team on winning the Shield. They beat Erin’s Own in Castlecomer in a blitz final at the beginning of the school year on the score of 3-6 to 3-4.  Well done lads! Congratulations also to the Thomastown U10 Boy’s hurling team who beat Carrickshock, Ballyhale and Abbeyside in a blitz last Saturday. Well done! What a great
Learn more »

St Mary’s get the Green Flag!

WE ARE NOW OFFICIALLY A GREEN SCHOOL!!!! On Tuesday, 3rd May, the pupils and staff at St Mary’s N. S. were delighted to hear that they had been awarded with their first Green Flag! Well done to everyone in the school for their huge efforts in helping to receive this award.

OUR OFFICIAL SCHOOL OPENING CEREMONY, JUNE 2010 Our state of the art school was 10 years in the planning and became a reality as a result of hard work by parents, teachers and the people of Thomastown. Our school has over 400 pupils and is the result of an amalgamation between Ladywell Boy’s school and the Convent of Mercy National School. Speaking at the
Learn more »