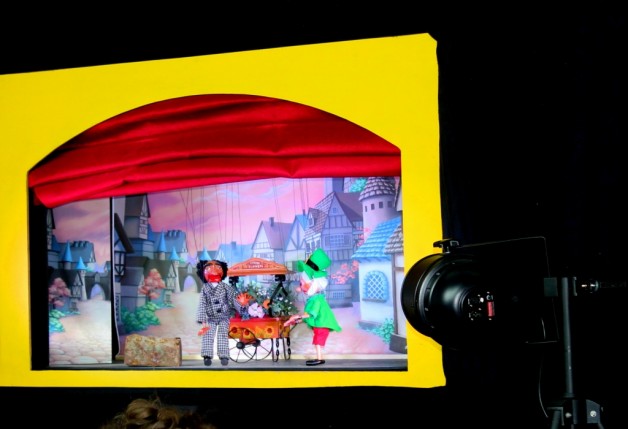 (written by Tadhg and Ashton)

On the 20th of May a puppet show called ‘Over the Rainbow’ came to St Mary’s. The puppeteers used marionette puppets which are puppets controlled from above using strings. A marionette’s puppeteer is called a marionettist. The marionettists were very good at acting with their puppets and behind the curtain they used an i pad for sound effects. Our teachers were also mentioned throughout the play in funny ways. Some of the characters included Katie the Caterpillar, Mr Higginsbotham (also known as Mr Hideous Bottom!) and a leprechaun called Mickey. It was a really cool and entertaining puppet show.