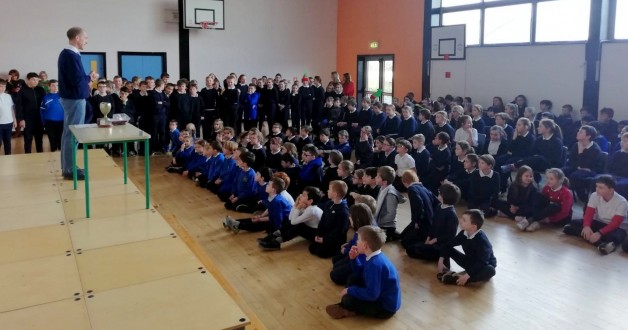 The boys’ Gaelic football team won the Country Cup football final against Clara before Christmas on a scoreline of 5-6 to 1-4. This means the school is the holder of the Hurling and Gaelic football country cups, a feat that doesn’t happen too often. There is a match report and photo in this week’s Kilkenny People on p.50. The Girls’ Gaelic football team also recently won their shield final. Past pupil and current Kilkenny hurler John Donnelly presented both teams with medals last week. I would like to thank the many teachers who take sports teams after school and also those who organise the lunchtime leagues, which generate huge interest in Gaelic games and soccer amongst the children. Thank you also to parents for organising and providing lifts to matches.